One Night in Mississippi is available now from Dundurn Press and Thomas Allen Publishing, in bookstores or at the links below.

One Night in Mississippi is the debut novel from Craig Shreve. 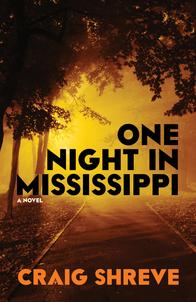 After his brother is brutally murdered in civil rights era Mississippi, Warren Williams drifts across the country, estranged from his family.  Decades later, when the US Dept of Justice begins re-opening similar cases, Warren finds purpose again.  His search leads him to a small northern Ontario town where he confronts the last remaining perpetrator who is still at large, as well as his own long-carried guilt.