​​In 1579, a Portuguese trade ship sails into port at Kuchinotsu, Japan, loaded with European wares and weapons. Also aboard is an enormous East African slave named Yasuke. Taken from his village as a boy, sold as a slave to mercenaries and forced to fight in Indian wars that meant nothing to him, he is a young but experienced soldier. Serving as the protector for a high-ranking Italian priest, Yasuke joins an expedition pushing inland towards the capital city of Kyoto.

In central Japan, Oda Nobunaga, the land’s most powerful warlord, is preparing a campaign to complete the unification of a nation that’s been torn apart by over a hundred years of civil war. A riot brings the slave, Yasuke, in front of the warlord, Nobunaga, and the two men from vastly different worlds develop a trust and respect for one another.

When Yasuke is granted the role of samurai, a title that has never before been granted to a foreigner, not all are happy with his ascension. Slowly but surely shaking off the chains of his past life, Yasuke flourishes in his new role. There are whispers that he may soon be made a lord himself, given his own fief, his own servants, his own samurai to command, but all of Yasuke’s dreams hinge on his ability to protect his new lord Nobunaga from threats both military and political, and from enemies both without and within.

African Samurai is based on the true life story of Yasuke, history’s first foreign born samurai, and the only samurai to ever be of African descent.

Coming in 2023 from Simon & Schuster Canada 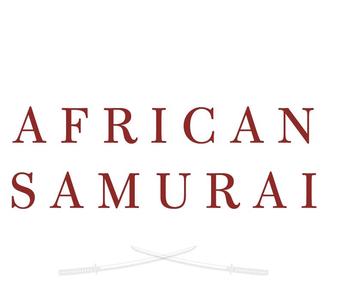