​​​​My name is Craig Shreve. I was born and raised in North Buxton, Ontario, a small town that has been recognized by the Canadian government as a National Historic Site due to its former status as a popular terminus on the Underground Railroad, the system of routes and safe houses that assisted slaves escaping from the southern states.

From a young age I wanted to be a writer, but over the years pragmatism won out and I instead studied Computer Science at the University of Guelph. After graduating, I continued to write as a hobby but I felt that I did not have enough life experiences. I set out to rectify that, which led me to a passion for extreme activities - skydiving, hang-gliding, bungy-jumping, rock-climbing, caving, rapelling, Running with the Bulls in Pamplona, tobogganing down the side of a volcano, and sand-boarding in the Atacama desert. Along the way I met people who were involved with humanitarian travel, and they infected me with the volunteering bug. I helped build homes in Honduras, Kenya, Guatemala, Paraguay, Nicaragua, Chile, El Salvador and Bolivia and I have been touched by each of the families that I have been fortunate enough to work with.

Throughout this, I wrote. I managed to get some small pieces published in Confluence and Reflections before enrolling in Humber College's Creative Writing program in 2008. In 2010, my first novel-length manuscript was a semi-finalist for Amazon's Breakthrough Novel Award. My debut novel One Night in Mississippi is available now from Dundurn Press and Thomas Allen Publishing. My new novel African Samurai ​will be available in 2023 from Simon & Schuster Canada.

I currently live in Toronto, Ontario. 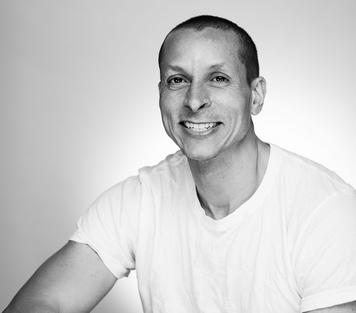